Forty-six citizens of our great nation have taken this oath to join the most Exclusive and Powerful Club in the World, the Presidents of the United States. The only requirements for membership is to be born in the United States and to be 35 years of age.

Any citizen, can rise to the highest office in the land. At the time, the Presidency was created, this was a very novel concept.

From George Washington to Joe Biden, these Presidents of the United States have led us through the best of times, and the worst of times, and through their strong leadership our nation saw the greatest economic expansion in world history and also we have been able to see ourselves through the Civil War, Great Depression, World Wars I and II, the Korean War, Cuban Missile Crisis, Vietnam, 9/11, the wars in the Persian Gulf, and Afghanistan and will continue to be called upon in the future to fight terrorism in the US and across the globe and to keep America safe for future generations. 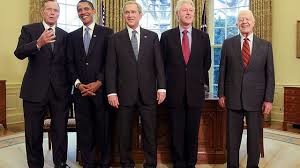 As our nation confronts the most serious health care, economic crises and political division conflicts of our time, lets us hear the calming voice of President Franklin Roosevelt, who launched the New Deal to battle a Great Depression, be reminded of the courage and resilience of George Washington and continue to be inspired by the words and leadership of Abraham Lincoln, inspired a nation to and assured us that a Government of the People, For the People, and By the People.

Happy Presidents Day and we thank each of these leaders for answering the call of duty for the United States of America and only remind each of those running today that your membership in this Club requires more than rhetoric but leadership that can unite our nation. 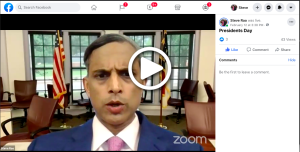