Over the next few weeks, I will be putting together listening sessions and Focus Groups across the Town with the Business Community, Neighborhoods, Technology Leaders/CEOs, and entrepreneurs, and HOAs to develop a Long Term Vision for the Town, as I consider how I will continue to serve the citizens of Morrisville, either running for the same At Large Seat, and based on many citizens’ request across the Town, am putting together an Exploratory Committee for Mayor as I explore serving in another role on the Council.

I will make my final decision by the end of April of whether I will run again for the Council and if I do, for what Seat. I thank the many citizens across the Town who have expressed an interest in me continuing to serve. The election could be delayed until 2022, which will also affect my decision as I am weighing my options for the future in how I can continue to serve the citizens of North Carolina. 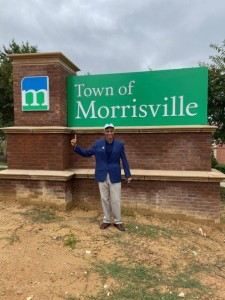 Either way, I want to thank all of the citizens for allowing me to serve you or the past decade, both as an At Large Council Member and a former Mayor Pro Tem (2015-2017)
Every week, I will be sharing a Play from the Morrisville Playbook which will transform us to be the number one Town to Live, Work, and Play in the country.

It is time to imagine what the Mosaic of Morrisville can be, a nonpartisan, coalition of diverse, engaged citizens, bringing out the best in each other, so we can be the Champions of the World!

Please email me to sr@steverao.com to set up a Listening Session and Stay tuned for our Play of the Week, over the weekend or early next week.