“With Malice Towards None, with Charity for all, let us strive on to finish the work we are in, to bind up and heal the nations’ wounds, to care for he who bore the battle and for his widow and orphan and to do all that we can to achieve a just and lasting peace amongst ourselves and all nations.” – President Lincoln’s Second Inaugural, March 4, 1865. 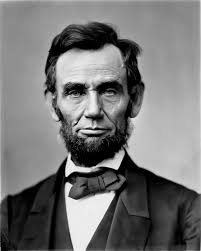 158 years after the Civil War, the United States finds itself more divided than ever before.

A look back at the inspiring words and leadership of our 16th President, can help us remember that we are always stronger as one nation, and that freedom belongs to all of us, wherever we may come from or what our race, ethnicity or religion is.

Today, we can reflect on the impact President Lincoln had on the condition of the United States, and how that affects people around the world still today. For instance, he set in motion affairs that led to slavery (an institution inherited from England after the Revolutionary War) being abolished in the United States. The abolition of slavery was a precursor to Civil Rights both domestically and subsequently abroad.

Abraham Lincoln was born the same day and year as Charles Darwin. Darwin’s book On the Origin of Species By Means Of Natural Selection For The Preservation of Favored Races was released in 1859. While it was making waves in Europe, the United States was anything but united but instead preparing battle lines that didn’t end until 1865.
Abraham Lincoln is often regarded as one of America’s greatest Presidents. He appears on the U.S. one cent penny and on the $5 bill and is one of four presidents carved into Mount Rushmore. He is the only U.S. President to hold a U.S. Patent where he invented a device to help steamboats pass over sand shoals.

Lincoln is usually ranked alongside George Washington as the two most prominent and well-loved U.S. presidents. Indeed, since his birthday (February 12) and George Washington’s (February 22 on the Gregorian calendar) are close together, they are in many states celebrated together on President’s Day, the third Monday of the month 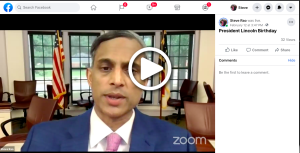